Amazon Rainforest: It doesn’t Produce 20% of the Planet’s Oxygen

So, we all came across a number of photos, videos, and articles that state Amazon Rainforest produces 20% of the planet’s oxygen. Right? But what if I say, this is a pure misconception?

Well, I am a curious soul so I decided to take a look and do my part of research regarding this claimed number. I watched more than 30 videos, read 15+ articles, few research papers, listened to 2-3 podcasts and collected 15 pages of data, from which, this blog is developed. (hard work, eh)

I want you guys to clear the clouds of this misinformation which is hovering over your head. Amazon rainforest has nothing to do with the world’s oxygen but it is indeed as cardinal as oxygen. Having said that, it is ironical to see that one of nature’s species (humans) is destroying it for its endless greed.

In this blog, you will not only read about the original oxygen percentage but will also know, how the amazon rainforest holds the rich array of life that exists on earth and what vital role does it play to keep our planet healthy. 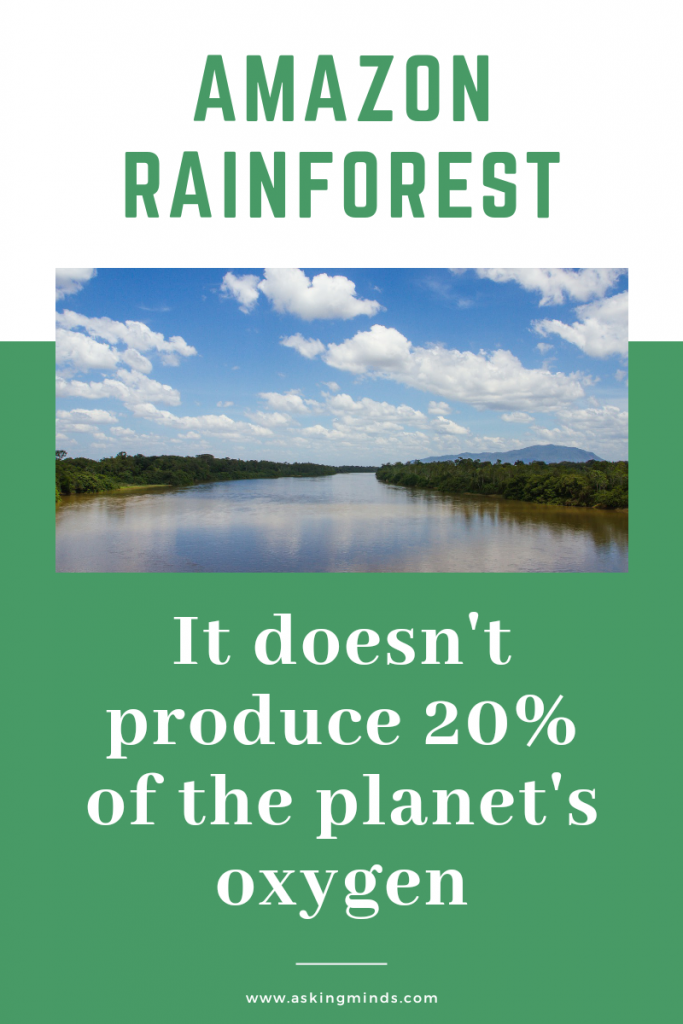 Amazon Jungle is the world’s largest tropical rainforest stretched out in about 5.5 million square kilometers, an area half the size of Europe. And yes, Brazil is home to more than half of the amazon rainforest. The amazon has been there for at least 55 million years.

Amazon Rainforest wakes up regularly with more than 1300 bird species, 3000 types of fishes, 2.5 million distinct insects and approx. 430 species of mammals. According to WWF, “Amazon has more types of ants on one tree than some entire countries.” Interesting! Isn’t it?

It’s believed about three million different species of plants and animals – 1 out of 10 species in the world – live in the Amazon. Out of which, one is the amazon river dolphin. This fascinating creature is famed for the pinkish color it acquires as it gets older, from which came its name ‘Pink Dolphin’.

Now, it’s time to reveal the truth behind the oxygen theory.

Well, I am sure you have read about photosynthesis and respiration when you were in high school. Still, let’s recap a little.

As told by Scott Denning, Professor of atmospheric science, Colorado State University, “Trees constantly shed dead leaves, twigs, roots and other litter, which feeds a rich ecosystem of organisms, mostly insects and microbes. The microbes consume the remaining oxygen in that process. Forest plants produce lots of oxygen, and forest microbes consume a lot of oxygen. As a result, net production of oxygen by forests – and indeed, all land plants – is very close to zero.” 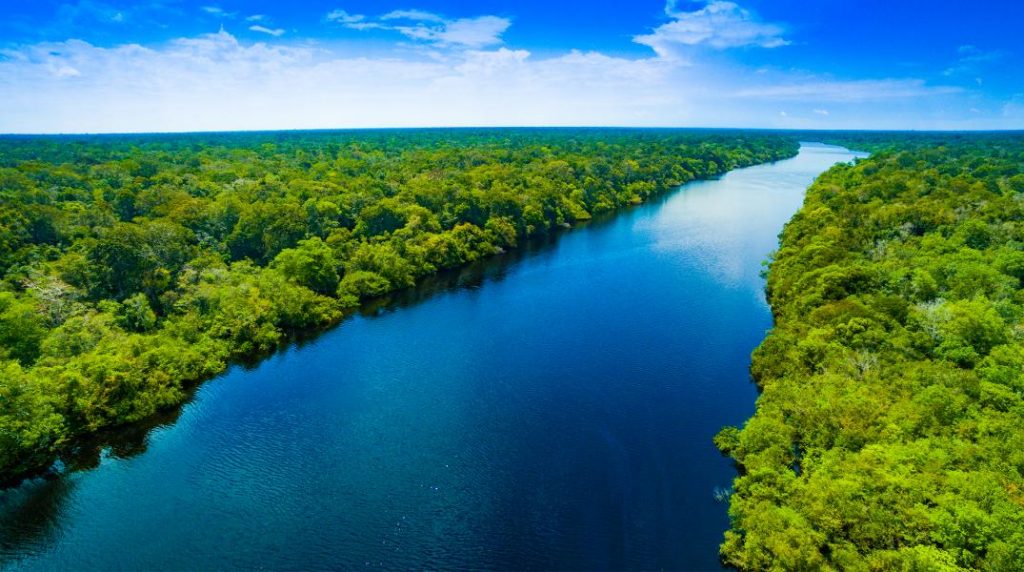 As the biochemist, Nick Lane mentioned in his book ‘Oxygen’, “Even the foolhardiest destruction of world forests could hardly dint our oxygen supply.”

I hope you got the point and understood that Amazon Rainforest has nothing to do with the world’s oxygen but again, it doesn’t mean we can afford losing Amazon Rainforest. We seriously can’t! And you will know why, in the coming content.

Now the question is – From where does the planet secure its oxygen? Well, most of the oxygen source is the ocean and not the forests. The oxygen we intake is the upshot of marine plants such as phytoplankton which includes algae, cyanobacteria, and kelp, which brings life to the atmosphere.

Close to 80% of the food we eat, actually comes from rainforests. For example Coffee, Chocolate, rice, tomatoes, potatoes, bananas, corn, black pepper, pineapples etcetera. And around 30,000 fruits can be found in rainforests.

But they also offer a vast variety of products that many of us use on a daily basis. Tropical forest oils, gums, and resins are used in insecticides, rubber products, fuel, paint, varnish, and wood finishing products. And tropical oils are key ingredients in cosmetics, soaps, shampoos, perfumes, disinfectants, and detergents.

Amazon Rainforest is indeed ‘The World’s Largest Medicine Center’. It is home to more than 40,000 plant species and around 25% of all drugs are derived from rainforest plants.”

From the Cinchona tree which is used in developing medicine for malaria to the Lapacho tree that helps in cancer, the Amazon rainforest is filled with remedies. In fact, the medicinal discovery in rainforests has just begun and has a long way to go. 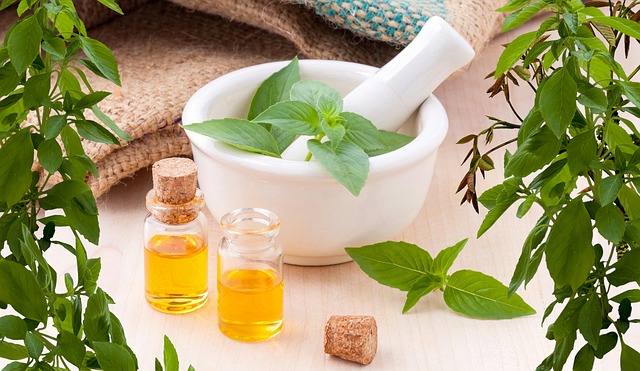 Scientists say, “Less than one percent of all the species have been properly examined for medical potential.” They use different snake venoms, molds, plants and flowers which can only be found in Amazon Rainforest; hence it acts as a medical lab for a number of deadly diseases.

Moreover, Scientists also believe that somewhere in the Amazon forest lies the antidote for cancer and some more incurable diseases. That’s just one of the many reasons why we can’t afford losing the Amazon rainforest.

Just so you know, Amazon is one of the greatest libraries of nature on earth.

According to the WWF Panda organization, “Every year, Amazon receives torrential rainfall between 1500mm to 3000mm. Eastern trade winds that blow from the Atlantic Ocean account for about half of the rainfall, with the other half due to evapotranspiration (the process by which water is transferred from the land to the atmosphere by evaporation from the soil and by transpiration from plants).”

A single tree can transpire more than 200 gallons (760 liters) of water, per year, and once that water is back in the atmosphere, it falls again. Without the Amazon rainforest, there won’t be sufficient rainfall even in the close regions. Rainfall needs rainforest as much as rainforest needs rainfall.

Forests cover about 31% of the planet and they play an essential role in supporting life on earth. Deforestation is stripping the earth’s forest with a monstrous pace. With the current rate of destruction, the world’s rainforest could completely vanish in the next 100 years.

The estimated number of trees in the Amazon rainforest is around 400 billion that belong to more than 16,000 different species and these 400 billion trees store 2 to 3 billion tons of carbon dioxide. Trees act as a shield against further climate change by absorbing C02 from the atmosphere that inflames global warming, which is a pretty big deal.

Together, clearing and burning of forests worldwide are responsible for 25% of global carbon emissions. When trees fall down or when the forests burn, the carbon matter which is stored in the trees is released in the form of CO2 back in the atmosphere. The Amazon rainforest plays a vital role in the Earth’s carbon cycle.

Previous research in the Amazon has found that more than 40% of trees die up to three years after a fire. This means that the carbon stored in their trunks, branches, and leaves is released into the atmosphere, either while the fire is burning, or later as the dead trees decompose.

For more than 150 years, we humans have been pumping massive amounts of CO2 into the air by burning fossil fuels, coal, oil, natural gas and vehicles which is a major driver for global climate change. So, without tropical rainforests to absorb that CO2, our next generations may face a darker future.

A priceless resource is under threat because of deforestation, farming, and agriculture of beef, palm oil, etc. The land is primarily used as pasture for cattle or for crops such as soybeans. Brazil is the largest exporter of beef to the world which is causing 80% of all deforestation in the Amazon.

Each year, the palm oil plantations are destroying millions of acres of cultivated land and also causing a huge amount of carbon pollution and killing the endangered species in the Amazon rainforest. Palm oil industries are one of the worst environmental offenders.

Since 1950, the amazon rainforest has lost 18% of its original forest cover and up to 50% of the forest has been partially destroyed to make agriculture practices such as farming cattle and soybeans and for the extraction of oil and gas for mining and logging.

A research made by the University of Kansas tells that fires were set intentionally by farmers and ranchers to convert forest into land suitable for grazing cattle and agriculture. Smoke from the amazon rainforest has been visible from space.

According to the National Institute of Space Research, there have been more than 80,000 fires in the Amazon rainforest in 2019 alone. In mid-July when INPE’s scientist in Brazil released preliminary data showing a dramatic uptick in deforestation, the Brazil President, Jair Bolsonaro called the data a ‘lie’ and then abruptly fired INPE’s leader Ricardo Galvao.

As researched by Emilio Bruma, Ecologist at the University of Florida, “Burning the trees produces ashes the new crops need to grow, but a lot of nutrients vaporize when the plant material burns, making the resulting farmland more or less a garbage. As a result, farmers quickly wear out the land and move on, burning new stretches of rainforest. Hence you go from a really lush tropical forest to a completely non-productive cattle pasture almost immediately.”

The soil of the Amazon rainforest comprises extremely poor nutrients (only about 20%). Plants procure 80% of their nutrients from themselves through the continual turn-over of dead leaves into the soil.

Roughly 300-400 indigenous tribes live in amazon i.e. nearly 30 million people. And for around 1.5 million of them, the amazon rainforest is their ancestral home. The members of these tribes, environmental journalists and activists who stand against deforestation are cruelly killed by loggers and miners.

Deforestation is snatching away what tribes call their home. Those who happily spend their entire life in the jungle are now forced to take routes to the city. Is this fair? 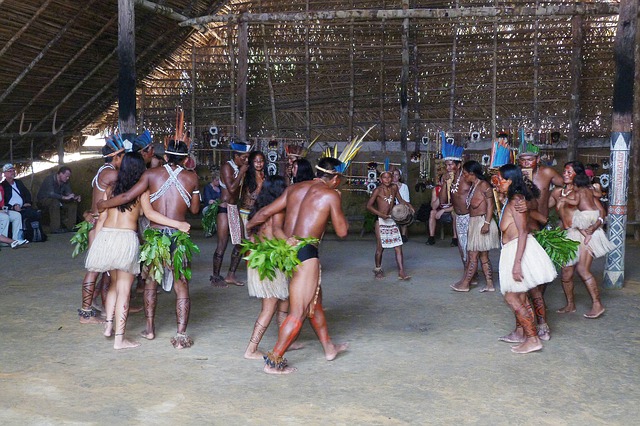 With the abundance of sunlight, the topmost emergent layer accommodates trees that extend up to 200 feet above the ground. The trunks of these trees measure up to 16 feet around. These trees demand a prolonged period of time to fully emerge i.e. 50 to 100 years.

This layer forms a roof that blocks most of the sunlight from reaching the below layers and ground. Many animals live in this area since there’s plenty of food. Those animals include snakes, toucans treefrogs, etc.

Exposed to just a little sunshine, this layer is ruled by shorter plants up to 12 feet with broad leaves, such as palms and philodendrons. Many animals live here including jaguars, red-eyed tree frogs, leopards and what not.

Dark forest floor, to be precise because it hardly receives any sunlight and almost no plants grow in this area. Because of less sunlight, a leaf that might take a whole year to decompose in a regular climate will disappear in 6 weeks. Giant anteaters dominate this layer. 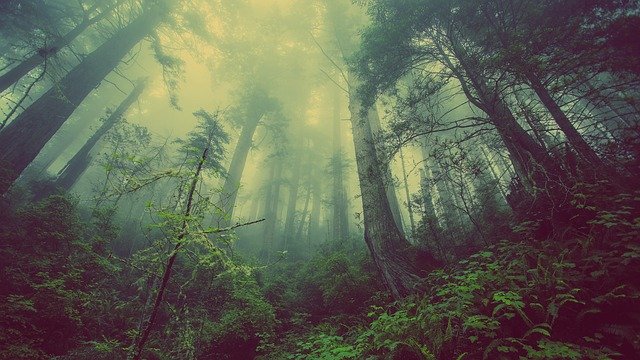 Demolishing Amazon could reduce its essential cooling effects too. When water transpires from trees, it removes heat from the atmosphere. As a result, tropical forests act as giant air conditioners, both locally and globally.

Four to six thousand rainforest species extinct each year. On average, scientists discover one new species of life every single day from the amazon rainforest. So, what will happen to them if there will be no amazon? They will lose their home and most of them will extinct even before the discovery.

The world is already on the verge of death but the rainforests like amazon are keeping it alive. Let’s save it!

Nature is a miracle we depend upon.

You may also like: Do you know there are more than 260 Species of Monkeys in the World?

Do you know there are more than 260 Species of Monkeys in the World?

How to conserve wildlife species? What can we do?