Fabienne Fredrickson once said, “The things you are passionate about are not random, they are your calling.” She is right. Isn’t she? Well, I have a story for you. I hope it helps you to understand how vital it is to follow your calling.

Am I right Mayur Gaikwad? He is the one who has a fair share in writing this wonderful story. Thank you so much, buddy!

There is something you need to understand; you should follow your dream but more importantly, you should –

There was an unusual discussion going on about power and dominance.
Proudly fear said, “I can control anyone anytime.”
Laughed desire, ” I give them what they want.”
Courage interrupted “I help them do things they are incapable of doing.”
“I agree with you all,” said hope “But I can never die”

What would be worse than a failed writer? “I write well.” Sarthak had been telling this story to himself over and over again until he realized there was no point to it.

They say there is no such thing as ‘too late’ but he was 25. He had already spent 3 most valuable years on writing a book – a story he believed would open new doors to him. But this was it. He couldn’t spend any more time knocking the doors of publishers. He gave up on his dream.

Yes, he had a dream that remained a dream. He took a job as an editor. He used to say he is a writer, a year ago. Now, he doesn’t.

One day, his boss called him in the office, “Your editing has some subtle style in it” he spoke.

“Yes sir, maybe just side-effect of reading” he commented without mentioning that the book he just edited was the worst one and he would like to scrape out everything in it.

“This Friday, there will be a Writers fest in Tripura. Would you like to go?” asked his boss.

Tripura was already in Sarthak’s travel list and this was his chance. He was thrilled at the idea of exploring Tripura.

“Of course, sir,” he said keeping his excitement under check.

With his jeep and his Bose headphones on – he started off.

He reached Tripura on Thursday, a day before the event. The hotel he booked had a magical view of the green lush forest. He took a bath and left the hotel to explore the city.

After visiting some wonderful places and meddling his mind with strange language coming from locals, he hit the beach at 5:30 in the evening. In that peculiar atmosphere, the beach seemed familiar. “All the rivers do not meet the sea. Some are lost finding their own ways” the writer inside him woke up while walking alone at the shore thinking about where his life was heading?

“The first two publishers said my writings were ‘Okay’. The third one took it straight forward and said, “Stop writing, you are wasting your time”. That was the last day I called myself a Writer” Sarthak remembered the days as if trying to show the sea what he went through.

The sun sunk low in the sea. The beach was getting deserted. Golden rays were floating on the gentle waves. Children were playing, free from worries. Some adults, just like Sarthak were conversing with the waves, walking alone by the beach is the abode for people who are hit by ruthless life.

Sarthak went to a groundnut vendor nearby and bought some. The vendor wrapped the nuts in a newspaper in a language he couldn’t understand. He pulled out an address note from his pocket and asked the vendor to direct him towards the Terrace Resort. The note was in English. The vendor looked back and forth and then looked at Sarthak.

The vendor spoke something in the local language, Sarthak tried hard to understand even a single word but he couldn’t. Sarthak thanked him anyway and took the note back. 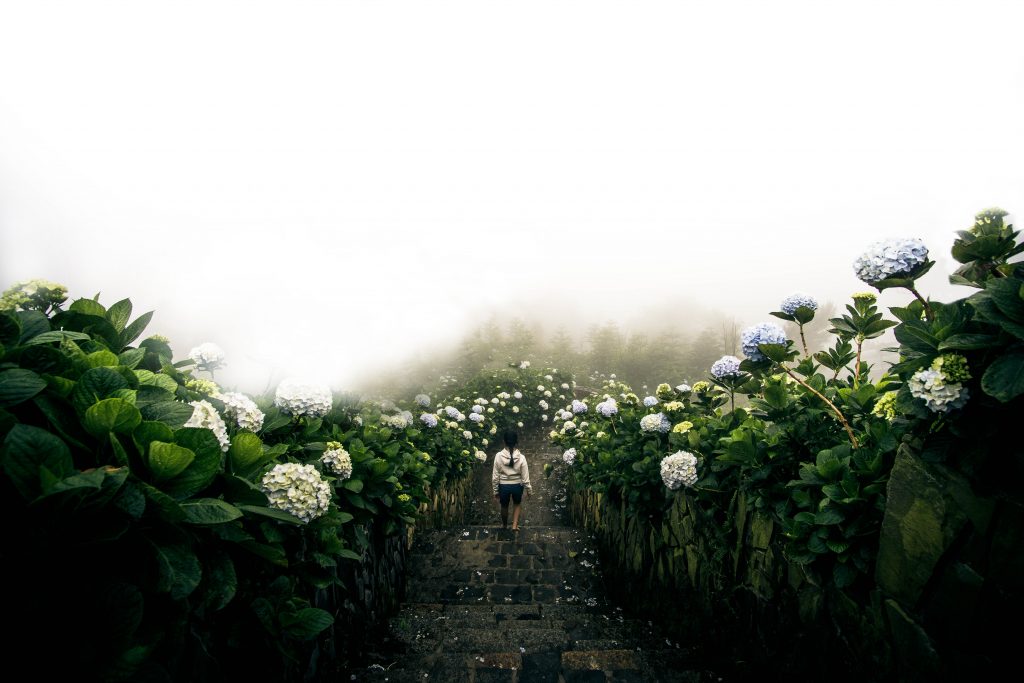 “The Resort is five miles to the north” a decent confident voice came from behind.

Sarthak looked over his shoulder and there she was. A tall girl with shoulder length curly hair. When she looked at him, he saw confidence in her eyes. She smiled and he smiled back saying ‘Thanks’.

“Hey, I am Sarthak from Bombay.”

“Bombay, wow! So, what brought you to Tripura, if I may ask?”

“I am here to attend a writer’s event, tomorrow.”

In a startling way, she asked, “Are you a writer?”

“Oh no! no” Sarthak protested. “I am just an editor,” he said thinking I wish I was a writer.

“Oh please! There’s nothing nice in being an editor.”

“You want to be a writer. Don’t you?” She asked sensing his low tone.

The conversation hit it off and they started walking on the beach side by side interviewing each other.

“I tried my hands-on writing but nobody liked it. So, I gave up after getting rejected for three times. I guess I am not that good at writing but I truly hope I was” fake smiled Sarthak.

“I once read, everyone gets what is best for them and Life provides you with what you deserve,” she said sounding like a philosopher.

“Life is not fair to all” Sarthak’s voice was heavy with emotions. “You won’t understand. Leave!”

“Okay. But just one thing I would like to say – Dreams just remain dreams if we don’t have courage and consistency. Listen to your calling before it leaves you” she finally grabbed his attention.

“Anyway, it was great meeting you. I need to go now. I hope your dreams come true. Just don’t give up that easily. Bye” Ahana said as if she was in a hurry to leave.

A smile was all Sarthak had in return.

It was Friday and Sarthak was all set to attend the event.

The interviews started “I wish I was there, sitting beside the writer” Sarthak thought to himself. The event included music and dance too. It was 5 in the evening and the event almost reached the end.

Finally, the spokesperson said, “I would like to call the Chairperson of the event who reached the success with her very first book, who didn’t give up even after getting rejected for 11 times, Ahana Trivedi.

“I spent quite a time with her yesterday and I didn’t even ask who she was or what she did. How stupid of me?” he thought to himself.

The curly haired girl took the stage all smilingly and said –

“I belong to a conservative family where girls were not allowed to dream neither they had a voice of their own. But I stood for myself. I completed my graduation even after the opposition of family. Then, I decided to write a book – a story about two friends, who stood up for their dreams. Just like I did.”

“My family kept pressuring me to get married but I opposed. Well, I knew it won’t be easy but I decided to follow my calling. I landed up in Delhi and took an editor’s job.”

“8 hours of office work and rest were for my dream my calling. I completed the manuscript and started knocking at publisher’s doors, not once, not twice but twelve times. I got rejected but I kept improving my manuscript and going to publishers as Jesus said “Knock and the door will be opened and seek, you will find”.”

“To those who are aspiring to become writers, let me tell you this, your path will be paved with obstacles. But if you kept walking with determination, you will reach your destination” Ahana folded her hands in gratitude.

Hopes, smiles, and applauds filled the hall. Sarthak couldn’t take his eyes off her thinking if this was happening for real?

When Sarthak asked about Ahana after the event, the manager said, she went back to her hometown Delhi. Angry on himself for not asking Ahana’s phone number, Sarthak went back to Bombay.

He tried his contacts to get Ahana’s number.

After 2 weeks, he finally found her number and called her. He asked her to meet him once and he went to Delhi.

They decided to meet in her office. He went there.

“Hey, Mr. Dreamer. How are you?” asked Ahana all smiling seeing Sarthak.

“Thank you!” said Sarthak with a broader smile and satisfaction in his voice.

“Yes! I resigned and now I want to pursue my dream and I need you to guide me through just like you guided yourself.”

“But it will be worth it and you are surely going to love your journey,” Ahana assured him.

Both of them had a wide smile on their face which they knew would last forever.

We often ignore our inner calling regarding our career, decisions, relationships and other things without understanding how crucial role it plays to our life. We compromise thinking this is what life is. No, it’s not. Life is not about compromising but discovering your calling and following it. It will be like an adventure but it will be worth it. You will be happy and satisfied and this is what life is for. Follow your calling!

Sarthak finally followed his inner calling. What about you?

Please share this story with your friends who are crushing their dreams without understanding how crucial it is to follow your calling.

Another wonderful story: Happy New Year – An open letter for you