Story time it is.

Brother and Sister. A sacred bond.

Well, I have a question. Boys/Men unquestionably support their sister and protects her at every step then why don’t they stand for someone else’s sister?

I heard people say, men are strong and then I read in a newspaper, everyone kept watching and not a single man stood for her. Irony!

Anyway, everyone isn’t the same and there are still some men who come forward for other girls like the one in this story. 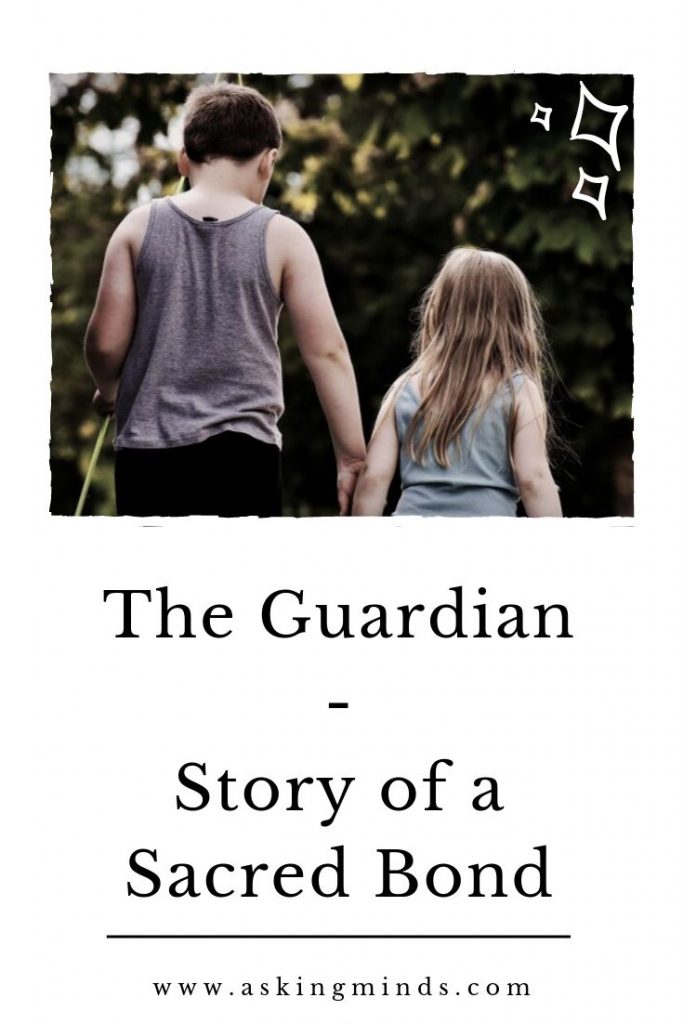 The little girl woke up. That morning she felt hunger and a strange sensation of grief. Looking around her surroundings, she discovered that there was nothing to eat, but a stove, a kettle, a few dirty bedsheets lying on the floor. Struggling with the foul smell of alcohol, she glanced at her father who was still asleep. She tried to wake him up, and the father recollecting his consciousness, began to curse.

“Go back to sleep, you clumsy Bastard” the girl kept trying to wake him up, for hunger made her uncomfortable and he was her only hope. It was hard to judge him for he raised her for six years.

“Your mother betrayed me” he growled “left me with a burden and gone” and spoke bad words as if talking to himself. The little soul could understand but nothing. Hunger led her outside the hut they lived. It was a dilapidated hut alongside Hyderabad-Bengaluru Expressway. Her father, a drunkard, overlooked her and her needs, even the basic.

What was her fault anyway? Being born? Or being passed on to the hands that can’t bring her up? She never knew Comfort or any likeness of it, or endearment of a mother, for she did not have one. All she had was a drunkard guardian who sometimes brought her leftover food from a hotel nearby and that kept her going.

Horrified, she made her way from her hut to a little tea shop. Here she met the first smile of the day.

The figure, the face, and that smile were not unknown to her.

“Need some biscuits, little one?” asked the figure. Looking at him, the girl just nodded, for she understood food and its language. The boy was around fourteen, a dirty napkin hung over his bare shoulder, his forehead perspiring with sweat, for he served tea and it had been more than an hour.

The girl took the large, rounded biscuits into her tiny hands and the boy looked at her with a smile. He felt content, not because he was able to feed a little girl’s hunger, but because it was an empathic joy.

The boy thought he could make some inquiry, out of curiosity and asked her where and with whom she lived.

“With my father” was her reply.

“And what is your name?” asked the boy. Now she had nothing to answer. Her father called her by many names. Oftentimes he cursed her.

“I see! What if we give you a name?” The girl smiled and how precious that smile was! A sparkle shone through her cheery eyes, for a moment the incessant suffering was just defeated by just one blow of that smile. A smile followed by a flood of tears is just a beauty. The boy could feel it.

“You know there is a bird, her voice is very sweet but people say her songs are melancholic and refer her as a sad bird but I don’t, because, in nature, there is nothing melancholic.”

“What’s her name?” the girl interrupted.

“Bulbul” repeated the girl in her smooth voice.

“Does that sound nice?” asked the boy.

“What is your name?” questioned Bulbul.

“What does it mean?” her questions wouldn’t stop.

“But you can call me Bhaiya” abruptly her hand was violently grabbed by her father. Azaad looked, and Bulbul was horrified. What she felt just before, a comfort, friendliness, compassion and a company soon turned into despair.

“What business you have with my daughter?” The drunkard was furious. He pulled her backward.

Azaad hesitated; for he didn’t have any idea of what he would reply. And what was his business with the little girl anyway? He thought.

“Dare you! If I ever see you again with her, I swear I will smash your head.” Roared her father.

“Sorry” It was all Azaad could utter.

Azaad alienated himself from the situation. For Azaad, the old man was neither good nor bad. He was growing old and fast, couldn’t help it. He needed a boy, like Azaad, of fourteen, full of energy and enthusiasm who would one day handle the shop by himself.

“You stay away from the girl” he warned Azaad “You understood?”

“I knew her mother. That drunkard killed her; I will claim. They call it a suicide, found her body on a railway track but what would the mother do? Helpless she was! That man had made her life hell” told the owner.

Azaad wondered, what would happen to the girl he named Bulbul? And had just made a subtle relation of a bother? Would she share the fate of her mother? Out of misery, would she kill herself when she grew old?

He shivered with this thought. She was what but a little girl of six, innocent, a fragile thing like a glass, needed to be handled gently and not harshly or she could break; once broken, she couldn’t be fixed.

Azaad has gone through, at an early age, the pain, hunger, thirst. Would Bulbul tolerate it? Did she have enough strength? He got lost in such thoughts and absent-mindedly, resumed his work.

Dreary dusk fell on Bengaluru- Hyderabad expressway and the vehicles rambled on with the speed of light, across it, people flocked around and object.

“What is it?” asked Azaad to his owner.

“It must be usual, someone hit by a car or a truck” answered the master.

“Then we must go and check. What if we identify the person?” Azaad put down the tea tray and walked on.

The old man’s face was grim. Anyway, he followed him across the highway.

Azaad was perplexed when he saw the sight. A pool of blood found its way on the road. It was the father, that drunkard, dead and he saw the little girl, alive she was; her eyes full of tears and her hands were blood-spattered.

He followed his instinct, took her by the arms and held her closer, closed her eyes.

“Who told you to bring this thing here? ” His owner was sardonic when he saw Azaad with Bulbul at his shop.

“Today morning, when she first met me,” began Azaad ” I had given her a name, now I wish to give her a good life. And by the by, some great person once said “when you have some power, it is your duty to empower someone and when you are free, you need to free someone else. My name is also Azaad you see?”

“My little sister she would be, for I know what it feels like to be alone and helpless in this perilous world, at this fragile age. I don’t want anything to happen with her.”

“A girl is not a simple responsibility.  It is not like serving tea, U know that?  It takes courage I do not know if u possess such.  But these are an old man’s words, u must work hard.”

The owner after saying this turned his face around and smiled, to be honest, that’s a very humane and kind gesture, good luck both of you.”

After a few months the old man was nowhere to be seen, but what Azaad said and felt about the girl was conducted properly.

She was now in a school, in a fresh uniform with a smile on her face. The dream Azaad had once, the dream of being able to go to a school by himself and learn, now he could see it getting fulfilled in the girl he adopted, very vividly before his eyes.

The sacred bond they shared, both being parentless, destiny had woven them into a relation for a lifetime.

What do you think? What Azaad did was right or wrong?

I feel a man should not only take a stand for their own sister but for all the women/girls around. Any negative situation can be defeated if we all decide to stand together.

With the decision of protecting a girl who wasn’t her blood, Azaad did what a real man should do.