What is the scientific reason behind hanging lemon and chilli ?

India is a kind of country which consists of a variety of people and religions. Many amongst them used to believe in superstition and follow the tradition which is followed by their ancestors without questioning them once or finding out the truth or fact behind it. Everyone surely encountered it at least once in their lifetime. So, let’s discuss one such fact which is commonly believed by people. What is the scientific reason behind hanging lemon and chilli?

In India, You might see lemon and chilli hanging on doors of shops, homes etc and also in vehicles but why are people practicing this thing from old times? Do they really believed that it will keep away evils and black magic or was there any another reason for using lemon and chilli on doors and vehicles by people from decades. 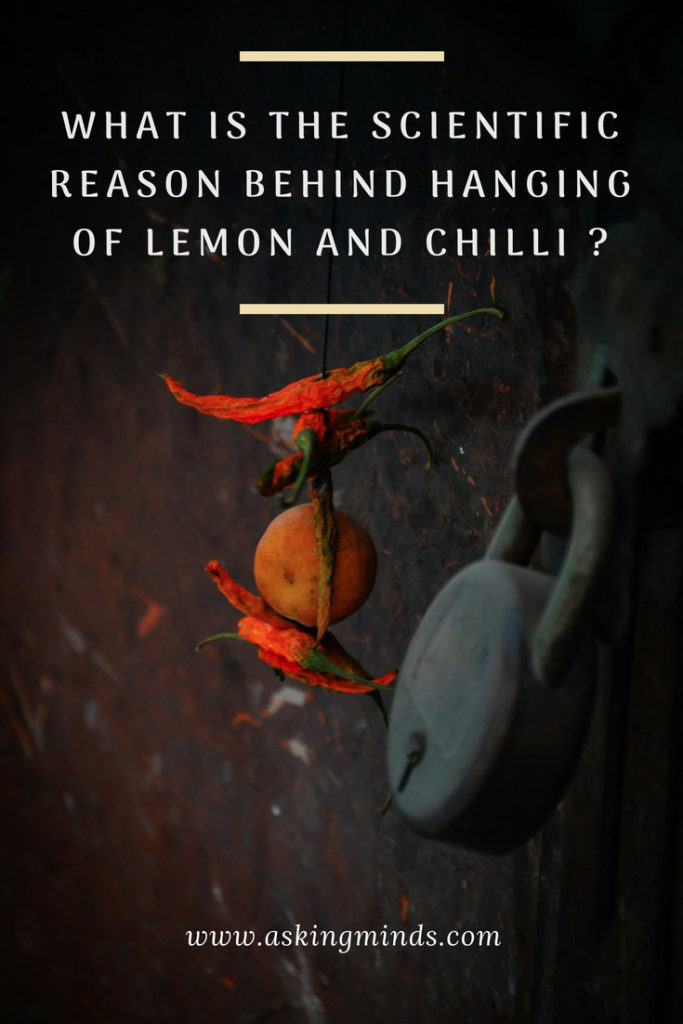 So these were the reasons behind hanging of lemon and chilli, which people think are used to keep away evils and in fact, people nowadays use lemon and chilli of plastic.

One should always find the truth behind any superstition before following it blindly.

Social media – Definitely a boon if you use it wisely